SoundTrack_Zurich at the Zurich Film Festival 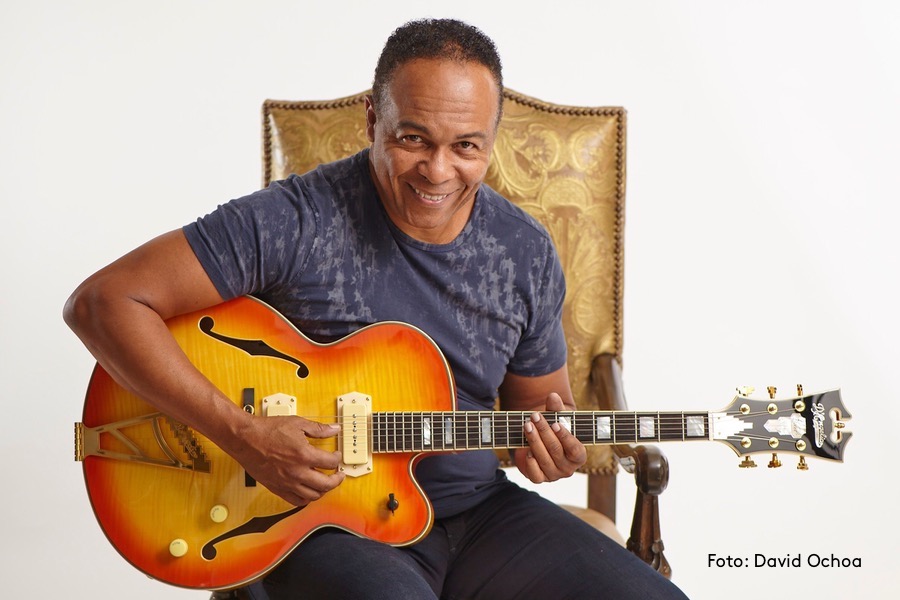 The Zurich Film Festival joins forces with five partners to launch SoundTrack_Zurich, a Swiss congress on film and media music. Musician Ray Parker Jr., composer of the GHOSTBUSTERS theme song, will be guest of honour at the event and present the world premiere of WHO YOU GONNA CALL, a documentary about his career.

Music is already an important feature of the Zurich Film Festival (ZFF). Having collaborated since 2012 with the Tonhalle Orchestra Zurich and the Forum Filmmusik to organise the International Film Music Competition, the ZFF is now expanding its engagement in the field of music by launching a three-day congress entitled ‘SoundTrack_Zurich’, which runs from September 29 until October 1. It is organised by the Swiss Media Composers Association (SMECA) in collaboration with the ZFF, SoundTrack_Cologne, Zurich University of the Arts and the Forum Filmmusik. “Zurich is not just a European film metropolis, but also a leading city of music attracting the world’s best musicians and composers. The aim of SoundTrack_Zurich is to highlight the importance of music in cinema, and bring together the greatest minds in the fields of music and film,” explains ZFF Artistic Director Christian Jungen.

The congress’s first ever guest of honour is musician Ray Parker Jr., who penned the Oscar-nominated, Grammy Award-winning theme song for the hit movie GHOSTBUSTERS. He will be in Zurich throughout the festival to attend the world premiere of the documentary about his life WHO YOU GONNA CALL as well as to perform during the festival and participate in some of SoundTrack_Zurich’s workshop sessions. “From Zurich to Montreux, I have visited and performed in Switzerland often, so it holds a very special place in my heart to have the story of my life premiered at the Zurich Film Festival and to participate in Soundrack Zurich,” says Ray Parker Jr. “Zurich is also where I met my good friend Ola Strom, who is the executive producer of WHO YOU GONNA CALL. Together with the filmmaker Fran Strine, we are so proud of this film for its positive message and it is extremely relevant in light of the current world events happening at this moment in time.”

The SoundTrack_Zurich programme is curated by Michael P. Aust, Director of SoundTrack_Cologne, Europe’s most important congress for music and film. “ZFF is one of the most interesting, active and fastest growing film festivals in Europe. Integrating SoundTrack_Zurich into the ZFF programme opens up unique networking opportunities for the music industry and enables access to filmmakers in a way that no other European film music event has yet accomplished. This unique, strategically exciting position offers great potential for the development of the European film music market,” says Aust.

The initiative is backed by the local film music association SMECA. “Film music is an integral part of a movie whole and expands its emotional spectrum significantly. We look forward to highlighting this fact within the framework of a film festival setting. Workshops, panel discussions, talks and case studies will be used to broach topical themes currently affecting the Swiss music scene,” explain Marcel Vaid and Lionel Baldenweg, President and Vice President resp. of SMECA.

Pierre Funck from Forum Filmmusik (FFM) emphasised: “Until now, specialist fairs for film music and film festivals have taken place independently of each other. Uniting these two worlds will bring about exciting new networking opportunities and facilitate the exchange of know-how between composers and filmmakers – something the FFM has strived to do since 2005.”

Also on board is Zurich University of the Arts, which is set to organise the first IMMSANE congress immediately following SoundTrack_Zurich. IMMSANE, which stands for ‘International Media Music & Sound Arts | Network in Education’, aims to provide Zurich as a research location with important impulses in the media music and sound design sectors.

Said professor André Bellmont, head of the ‘Composition for Film, Theatre and Media’ programme at Zurich University of the Arts: “The new SoundTrack_Zurich at ZFF is an on-the-doorstep vessel that provides the local music scene with an ideal opportunity to network with the global film industry and offers the international universities an extremely attractive environment for the implementation of its congress. We look forward to collaborating with SoundTrack_Zurich and ZFF.”

SoundTrack_Zurich is an event organised by SMECA Swiss Media Composers Association in collaboration with Zurich Film Festival, SoundTrack_Cologne, Forum Filmmusik and ZHdK. Among others it is supported by the Swiss Cultural Foundation for Audiovisual from SWISSPERFORM, FONDATION SUISA, SUISA and the Schweizerischen Interpretenstiftung SIS.

The Grammy-Award® winner Ray Parker Jr. wrote and performed hundreds of top 25 hits. He wrote songs, performed and worked as a session musician with the industry’s biggest icons, including Barry White, New Edition, Aretha Franklin, Diana Ross, Tina Turner, Gladys Knight, Patti Labelle, The Temptations, The Carpenters and The Supremes before Ivan Reitman, who directed and produced Ghostbusters, convinced Parker to write and perform the “Ghostbusters” theme song that became a timeless pop culture sensation. For the documentary film “Who You Gonna Call.” Ray Parker Jr. granted filmmaker Fran Strine unprecedented access to his own life story. In addition to chronicling his career, the film follows Parker’s struggles growing up on the racially charged streets of Detroit in the 1960’s and escaping violence to rise in the music industry touring with Stevie Wonder and The Rolling Stones at just 18 years old.