SoundTrack_Cologne has selected experienced professionals, who are interested in meeting you to exchange knowledge or to give advice or just to expand your network.

Please note, that we might not fulfill your meeting request, if there are more requests than available meeting slots. Therefore we recommend to send back the form as soon as possible and to introduce yourself with a short biography and goal for each requested meeting by filling in the Meeting Form.

The meeting form will be open until June 7, 2022, 10:00am CET.
Please be aware: Access to the matchmaking requires a valid accreditation for SoundTrack_Cologne 19 for June 10, 2022! Get your accreditation > here!

Martin Haene is a Publisher of several music library labels including Nuvotone, consisting of 3 labels and distributed globally by market leader Universal / UPPM, and Catapult, distributed individually per territory.

Martin Haene is a Publisher of several music library labels including Nuvotone, consisting of 3 labels and distributed globally by market leader Universal / UPPM, and Catapult, distributed individually per territory.

Before becoming a music publisher, Martin Häne worked for 10+ years as composer for all major and various independent production music companies.

His credits as a composer include "Fack ju Göhte 2", "Melrose Place", "Bring it on" (Universal), various Lion's Gate Films (Warrior, Frankenhood) as well as Commercials and TV Series on networks such as ABC, NBC, CW TV, among others.

As a Publisher, his mission is simple: To offer high-quality production music for the media industry, ranging from labels with traditional genres to catalogs with unique boutique-made sounds.

As a Music Supervisor at sound production agency Sonhouse (Brussels, Belgium), Mounir mixes and matches artists and musicians with directors and producers.

Mounir Hathout was born on March 15th, 1985 in Kortrijk, Belgium. His Moroccan roots and Belgian upbringing blended into an equally diverse musical taste from early on, influencing his professional life to this day. As a Music Supervisor at sound production agency Sonhouse (Brussels, Belgium), Mounir mixes and matches artists and musicians with directors and producers. From selecting and choosing existing music, to managing the creation of tailored-made scores: he believes in a personal approach by working closely together with the project teams, translating wishes and needs into notes and goosebumps. He is also member of the Guild of Music Supervisors (USA) and the UK & European Guild of Music Supervisors (GMS). As a deejay, Mounir is all about creating the right atmosphere for his audience. Again, mixing and matching vibe with music-and not the other way around-is what makes him a versatile and flexible pancake turner with a love for hip-hop and RnB. Mounir is best known for Belgian productions such as De Dag, Undercover, Albatros, Soil (Grond) and Two Summers. And for international productions such as War of the Worlds, Floodland and Into The Night (Season 2).

Imogen Kimmel works as a director for cinema and television and has directed more than a dozen feature films and two series for German television.

Imogen Kimmel studied film directing at the HFF Munich and in Leeds, England. She works as a director for cinema and television and has directed more than a dozen feature films and two series for German television, an international feature film, a cinema documentary, as well as short films and social spots. She was on the board of the directors' association, is a founding member of Pro Quote Regie and taught as a directing professor at Macromedia, Munich. She is currently preparing a feature film for ARD.

Jan-Paul Laarmann`s professional mission is the promotion of creative industries in Cologne.

Jan-Paul Laarmann`s professional mission is the promotion of creative industries in Cologne. Together with two colleagues, he advises creatives and companies, develops funding structures and strong networks at the municipal economic development agency KölnBusiness. His main fields of activity are design, music, art and advertising. Still impressed by the inventive spirit of Cologne`s media economy, he also is enthusiastic about all projects dealing with Extendend Reality. In former positions he developed and executed EU-funded projects in creative and cultural tourism on state level for Tourismus NRW e.V., worked as a project manager for a start-up in film marketing and in communications for the annual Ruhrtriennale festival of the arts. 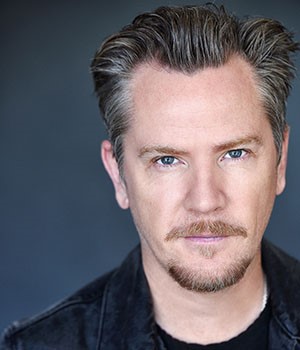 Thomas Mikusz was born in Vienna, but now lives in Los Angeles. He is a team member at White Bear PR, part of the management team of The Alliance for Women Film Composers and a member of the TV Academy and the World Soundtrack Academy.

In 2011 he started and co-founded White Bear PR, a Public Relations Company, specializing in Composers, Music Supervisors, International Film & Music Festivals, and Event Management & Production.
He spearheaded the successful Award campaigns for Hildur Gudnadóttir (Joker, Chernobyl, Battlefield 2042) and Carlos Rafael Rivera (The Queens Gambit), resulting in well curated media coverage & storytelling. In addition, he lead the PR campaign for the Academy Award-nominated Best Original Song "Husavik," and works with composers such as Rachel Portman (“Julia”), Dickon Hinchliffe (“The Lost Daughter”), Uno Helmersson (“Flee”), Daniel Hart (“The Green Knight”), Volker Bertelmann ("Your Honor"), and John Murphy ("The Suicide Squad"), to name just a few.
Over the past decade he worked on a multitude of Award-winning projects and has represented clients at major Film Festivals, such as Berlinale, Festival de Cannes, Sundance, Toronto International Film Festival and Tribeca Film Festival.
In 2020 he was co-executive producer for "Soundtrack of our Lives," a pre-recorded variety show & fundraiser for the Recording Academy's MusiCares, which garnered him a Hollywood Music in Media Award and a Telly Award.
He is the US publicist for several International festivals and conferences, such as HARPA Nordic Film Music Awards & The Nordic Film Music Days during Berlinale and SoundTrack_Cologne. He also creates and curates film music content and panels during Cannes (American Pavillon), Sundance, Tribeca, and other festivals
In addition, he oversees and produces the campaigns for International Film Festivals in Los Angeles and Miami. As such he also produces content, panels, concerts and events, including the Film Music House at Sundance Film Festival.
Several times a year he gives guest lectures on Self-Promotion for Artists at Universities such as NYU, USC, University of Miami, and Columbia College Chicago & for Composer Associations around the globe.
For the past three years he served on the leadership of The Alliance for Women Film Composers, amplifying and supporting the work of women composers.
His career is quite diverse, he has worked as flight attendant,  served as General Manager for the two largest German tour operators in the US, and has been Managing Director for a Miami based talent agency, representing headline entertainers to major cruise lines.
His spare time is dedicated to hiking, nature and travel.

Since 2007, Neeltje Mooring runs her own company SOLID as a rock and operates internationally as an independent publisher (in collaboration with BMG Rights), sync agent and music supervisor.

Besides this she is a parttime lecturer at Inholland University. She developed the mutual study program: International Music Publishing & Licensing together with Berklee College of Music, Boston (U.S.) She also teached the course: Publishing, Licensing and Distribution, part of the master program at the Faculty Global Music Business at the Berklee campus in Valencia, Spain.

She is a 1994 graduate in Design & Communication at the University in Rotterdam and accomplished an associate master degree in Media Psychology & Advertising at NCOI (2016).

As director and composer, Franziska Pohlmann is working for various TV- and cinema formats.

Franziska Pohlmann specialized in working with choirs and orchestras as a composer. The melody as a repository of memory is her strongest element. As a member of the Hamburg State Opera Choir and Musical Director at theatres, her musical work has also always been an essential part of her cinematic handwriting. Her musical feature film debut THE CROWN OF ARKUS was nominated for the German METROPOLIS prize. As director and composer, she is working for various TV- and cinema formats (e.g. SCHLOSS EINSTEIN, NSU PROTOCOLS). She is an alumni of Studio Hamburgs „House of the Young Producers“ and founded her second film production company Bold & Salty GmbH in 2021. Her latest works: MISS HOLOCAUST SURVIVOR (dir. Radek Wegrzyn, distr. by Farbfilm), VAMPIRATES, createF - THE FEMALE FOUNDERS SHOW.

Corinna C. Poeszus is a senior business executive with over 30 years experience in the music, digital media & film production, advertising and tv entertainment industries driven by the power of passion and an open mind to think outside the box.

Corinna C. Poeszus is a senior business executive with over 30 years experience in the music, digital media & film production, advertising and tv entertainment industries driven by the power of passion and an open mind to think outside the box. Corinna is a successful Leader and Manager with more than 18 years of experience in leading teams to their goals. Her experience is well rounded with an in-depth understanding of international media business management & operations, product branding, online marketing, social media, CRM, planning and controlling of marketing, monitoring, marketing & comms, monitoring of strategic marketing activities, B2B as well as B2C.
Her professional career took her from Polygram via Endemol Entertainment to Bertelsmann and Universal Publishing, Bavaria Media and many more.