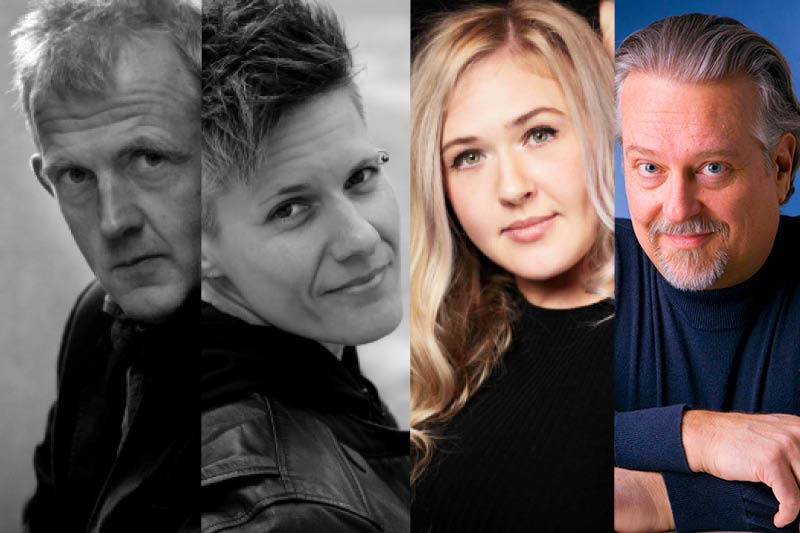 The theme day "Composing for Film" (Fri, Oct 16, 2020) will focus entirely on award-winners: Stephen Warbeck (Academy Award for "Shakespeare in Love"), Dascha Dauenhauer (German Film Award for "Berlin Alexanderplatz") and Tina Pepper (German Television Award for "Rampensau") will talk about their respective projects at SoundTrack_Cologne 17 (October 14-17, 2020). "Matrix" composer Don Davis (Emmy for "A Time to Heal" and "Daggers"), who will receive the SoundTrack_Cologne Lifetime Achievement Award, will discuss his work and provide live commentary on "Matrix”.

Accreditations can be acquired at https://soundtrackcologne.de/akkreditierungen/.

All events are subject to a strict hygiene protection concept for the safety of all participants. All measures are listed under: https://soundtrackcologne.de/kongress/covid-19-unser-schutzkonzept/.

Stephen Warbeck, Academy Award recipient for "Shakespeare in Love", has a remarkable cinematic career with12 IMDb entries as a composer, including "The Children Act", "Billy Elliot" and "Charlotte Gray". He has also written music for more than 40 television projects and received several BAFTA Award nominations. At SoundTrack_Cologne 17, the British composer will talk about his latest project, the French drama DNA (ADN) directed by Maïwenn Le Besco, which celebrated its world premiere at the Zurich Film Festival last week. Warbeck has previously worked with Maïwenn on "My King" ("Mon Roi"), which was nominated, among others, for the Palme d'Or in Cannes in 2015.

After graduating from the Konrad Wolf Film University, Dascha Dauenhauer (German Film Award 2020 for "Berlin Alexanderplatz") worked on numerous cinema productions, including the award-winning "Jibril" and "Lovemobil". She has been awarded with three nominations for the German Film Music Award 2018 and won the prestigious award in the categories "Best Music in a Short Film" and "Up-and-Coming Film".

Tina Pepper (German Television Award 2020 for "Rampensau") is a television and film composer based in Berlin. She began her career while studying music at the renowned Liverpool Institute for Performing Arts (LIPA) and continued her studies at the Film University Babelsberg Kondrad Wolf. She contributed scores to award-winning films such as "Combat Girls" (R: David Wnendt), the drama series "Sankt Maik" and the original Amazon series "You Are Wanted" (director: Matthias Schweighöfer) and will present her work at SoundTrack_Cologne 17.

Don Davis, who achieved his biggest success with his scores for the "Matrix" trilogy, previously received critical acclaim for his work on the well-known 80s series "Hart to Hart" and "Sledge Hammer!" According to IMDb, the Emmy Award-winning composer has earned over 90 credits to date, including "Jurassic Park III" and "Valentine". Davis will - in addition to his workshop discussion - receive the SoundTrack_Cologne Lifetime Achievement Award on Saturday, Oct. 17, 2020 at the grand closing gala at the Cologne Chamber of Commerce and Industry. On Friday, Oct. 16, Davis will provide a live commentary during a screening of "Matrix".

Please understand that due to the dynamically developing travel restrictions changes are possible until the last day - this is not in our control.