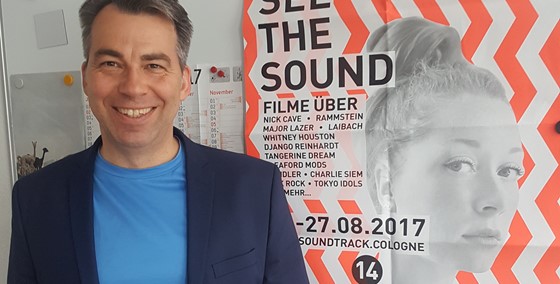 Michael P. Aust heads SoundTrack_Cologne since the very beginning in 2004. Since 2014 he is Festival Director of Braunschweig International Filmfestival, too. Michael works in the film industry for more than 20 years with producer credits for 16 feature films and feature length documentaries (e.g. 101 REYKJAVIK, LOW LIGHTS, PARALLAX SOUNDS, EVA HESSE). He is managing director and producer at TelevisorTroika GmbH, a Cologne based company for film production, events and public relations in arts, that Michael founded in 1993.