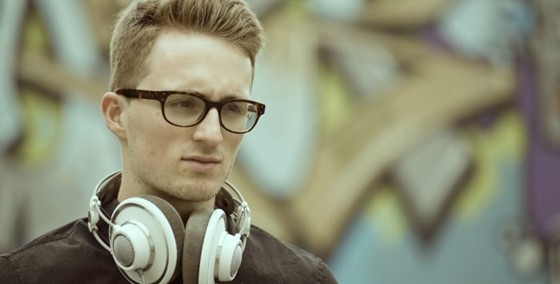 Fabian Kratzer was born in February 1992 in Nuremberg, Germany. His musical education started at the age of 6 by learning the piano. At the age of 9 he started learning his second instrument, the guitar. Fabian visited the musical Labenwolf Gymnasium, where he was taught in clarinet playing and singing. At the same time, he played the E-Bass in musical productions from the musicalbuehne Nürnberg and in the Big Band of the Labenwolf Gymnasium for 3 years. After singing in some choirs of his school, his teacher founded an a capella trio for three men, where Fabian was one of them. The trio, called „Reine Männersache“ had many concerts in the whole city of Nuremberg. In his last years of school, Fabian started wishing to be a composer, especially a film music composer. For his final exam in the school subject music he composed the music for the short movie „SIGNS“, which had a duration of 10 minutes.

After finishing school he had composition classes and composed some music for different instruments. He produced a CD with young people from the relogious community Menschwerdung Christi, where the people read psalms and he wrote the music for it. He also played the E-Guitar in the alternative rock band Glowing Wines for 3 years. After the band had broken up, he started a new project by playing in an acoustic pop trio called „Freiluft“.

From 2012 to 2017 Fabian studied„music and media“ on the Robert Schumann music university in Düsseldorf, Germany and had courses in media compositon and music production. In his first semester he won the newcomer price at the 13th international Carl-von-Ossietzky compostion competition in Oldenburg, Germany for his composition „Psalm 66“, which was written for choir, organ and percussion. He also visited film music masterclasses from film music composer Marcel Barsotti (The Bern Miracle, Pope Joan) and orchestrations workshops at the Filmmusiktage Sachsen Anhalt in Halle (Saale), Germany.

Fabian wrote the music for some short movies and feature films, e.g. „weiter“ by Eike Weinreich, DE 2015 oder „Mütter“ by Kristina Schmidt and Nils Tammen, DE 2016. He also made the arrangements for the songs from pop singer Maike Gönnemann. Since October 2015 he has an scholarship of Germany for teaching film music at secondary schools.

On March 2017 Fabian wrote the music for a play, called “Oskar and the Secret lost children”, which is played in a theater in Nuremberg.

Since September 2017 Fabian is studying the Master in Scoring for Picture, Television and Video Games at the Berklee College of Music, for which he got a scholarship.