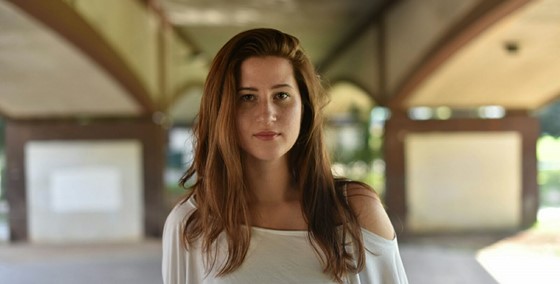 Ana Krstajic was born and raised in Belgrade, Serbia. During her Bachelor Studies, she won several awards in Contemporary Composition. Her first acknowledgment as a composer she received during her second year at Belgrade Faculty of Music Art, she won the competition Women's Works Young Composer Competition (Ithaca, NY). The same year she was designated as Laurate at Renee B. Fisher Composer Competition. Following year she was awarded as the youngest Laureate at De Bach au Jazz Competition for contemporary piano pieces. Her music was performed in Serbia, Bosnia, Greece, Germany, Italy, Slovenia, France, Bulgaria, United Kingdom and the USA. She won first prize at the Best Musical Mind contest supported by Berklee College of Music where she was awarded a full scholarship for Berklee's Summer Performance Program in Valencia, Spain. During this program, she was awarded a scholarship for the Masters in Scoring for Film, Television and Video Games at Berklee, Valencia Campus.