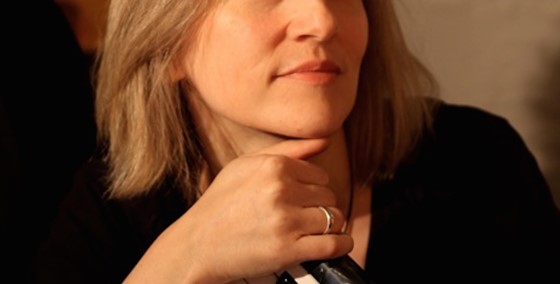 Verena Guido completed classical music studies with a diploma, but at the same time dedicated herself to writing her own songs. She performed on many stages throughout Europe with her own Trio and as a part of several ensembles. As a composer, librettist, accordionist, violinist and singer she designed numerous stage music at the Schauspiel Bonn, Dusseldorf, Cologne (Cologne Children and Youth Theater Prize for "Ellis Beast", Comedia Colonia, 2010) as well as other theaters throughout Germany. She has frequently conceived programs for children as part of the Cologne "Philharmonie im Veedel" series and has appeared with ensembles such as Ballhaus at the Literatur-Marathon in WDR 5. Increasingly, she works as a composer for the section radio play, so amongst other things for "Marlow - Blue" (WDR 2016, director Jörg Schlüter), "Love seeks a room" (Radio Bremen 2017, director Hans Helge Ott) and currently for the 4-part radio drama version of "The Wet Fish" (Radio Bremen, RBB, WDR, directed by Benjamin Quabeck) based on the novel by Volker Kutscher, which will be released in October accompanying the television series "Babylon Berlin" nationwide. For this production Verena Guido has written songs that will be interpreted by actors like Meret Becker, accompanied by the WDR-Funkhausorchester. On the ARD radio play days in Karlsruhe she is a regular guest, so also in autumn 2018 as musical director for the live performance of "Moabit", also based on the material of Volker Kutscher. (Director Thomas Leutzbach).