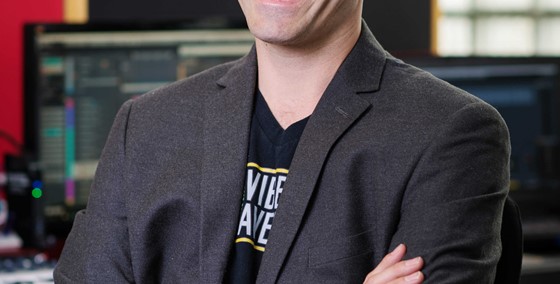 Mathieu Lavoie is a composer, sound designer, author and professor at the Université du Québec à Montréal. He holds a doctorates’ degree in composition (University of Montreal, 2012). He co-founded of Vibe Avenue, a leading audio and music creation studio for visual media, with fellow composer FX Dupas, in 2013.

He has composed music for dozens of video games, films and commercials, as well as many concert pieces. Amongst his most recent projects are the games Omensight, The Darwin Project, Livelock, Stories: the path of Destinies, Lakewood Plaza Turbo, Ultimate Chicken Horse and Oddmar.

A specialist in orchestral music, Mathieu Lavoie’s musical style is hard to define in absolute terms, having scored games and films using multiple fusions of other genres, such as heavy-metal, retro synth, EDM, jazz, funk and world music. He owns hundreds of flûtes and plucked strings instruments which he uses regularly to enhance his scores.