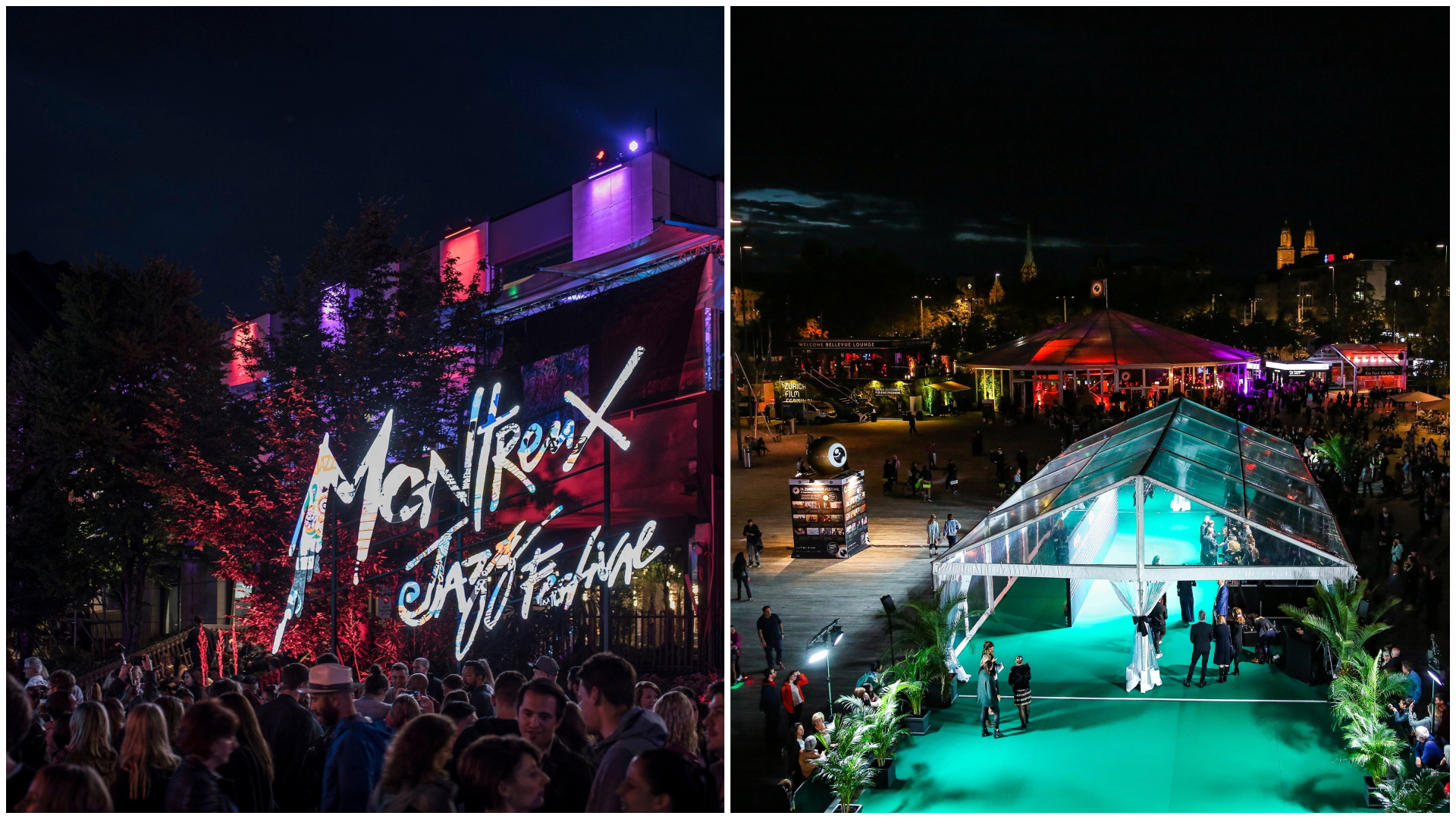 In a bid to further expand its engagement in the field of music, the Zurich Film Festival (ZFF) announced the launch of a new congress on music and film this year entitled SoundTrack_Zurich. It now enters into a strategic alliance with the Montreux Jazz Festival for the event. Founded in 1967 by Claude Nobs, the music festival partners with SoundTrack_Zurich to present several concerts, including gigs by the Afro-American Ray Parker Jr., who penned the Oscar-nominated, Grammy Award-winning theme song for the hit movie GHOSTBUSTERS and will be at the ZFF to present the world premiere of the documentary about his life WHO YOU GONNA CALL. Parker Jr. has performed in Montreux on numerous occasions. „The Montreux Jazz Festival is the global music festival scene’s gold standard, which is why we are delighted with this strategic alliance. The Romands will be instrumental in bringing important players from the music scene to Zurich, as well as increasing our profile in the French-speaking world,” explains Christian Jungen, Artistic Director of the Zurich Film Festival.

Similarly, the partnership offers the Montreux Jazz Festival the opportunity to strengthen its position in the German-speaking world. “The ZFF has developed in just 15 years to become one of Europe’s most important film festivals, enjoying a high profile in both the German-speaking world and the USA. This partnership continues the spirit of Montreux and the legacy of Claude Nobs, who acquired all of his skills in German-speaking Switzerland, including his mastery of the German language. The festival’s audio-visual archives, which feature in the UNESCO’s ‘Memory of the World’ register, bear witness to the richness of Afro-American music.” says Thierry Amsallem, President of the Claude Nobs Foundation.

“Music and Film are united!”

The partnership will see Mathieu Jaton, Director and CEO of the Montreux Jazz Festival, chair a panel discussion at the SoundTrack_Zurich event. “The Montreux Jazz Festival has invariably approached the arts and music in their widest sense, and has always championed successful collaborations between various forms of artistic expression. We are thrilled, therefore, by this partnership with the Zurich Film Festival and SoundTrack_Zurich, thanks to which, music and film are now united!” declares Jaton.

Michael P. Aust, curator of SoundTrack_Zurich, believes that the partnership with the Montreux Jazz Festival further reinforces the event’s objective of becoming an important Zurich-based platform in the field of music and film. “I’m delighted with this important alliance. We now have two important pillars, one in the music world with Montreux and one in the film world with the ZFF, that both increase our profile and enable us to access exciting guests.”

The Zurich Film Festival will hold a press conference at Claude Nobs’ chalet in Caux on the slopes above Montreux on September 10, 2020 and unveil his programme in French to the French-speaking part of Switzerland. In addition, the ZFF will screen a music film from this year’s programme at the Montreux Jazz Festival in 2021.

Founded in 1967 by Claude Nobs, the Montreux Jazz Festival takes place over 2 weeks each summer in Switzerland. With its musical diversity, its ambitious programming choices and the quality of its hospitality, the Montreux Jazz Festival offers a haven of peace to both artists and public, where time seems to stop, as the most improbable encounters become reality. The Festival draws more than 250,000 visitors each year to the shores of Lake Geneva for concerts of renowned acoustics and the numerous free venues, all with a truly exceptional ambiance. In Montreux, the intimacy that encourages improvisation remains a top priority. The festival will celebrate its 55th edition from 2 to 17 July 2021.

Every autumn, the Zurich Film Festival (ZFF) presents the most beautiful discoveries and the most anticipated films of the year over 11 days. It offers a platform for the most promising new filmmakers from all over the world. The ZFF promotes the exchange between up-and-coming directors, established filmmakers, the film industry and the public. In 2019, it registered around 117,000 admissions and attracted more than 1,500 accredited film and media professionals from around the world. The 16th edition will take place from 24 September to 4 October 2020.

SoundTrack_Zurich is an event organised by SMECA Swiss Media Composers Association in collaboration with Zurich Film Festival, Soundtrack_Cologne, Forum Filmmusik and ZHdK. Among others it is supported by the Swiss Cultural Foundation for Audiovisual from SWISSPERFORM, FONDATION SUISA, SUISA and the Schweizerischen Interpretenstiftung SIS. The first edition will take place from 29 September to 1 October 2020.