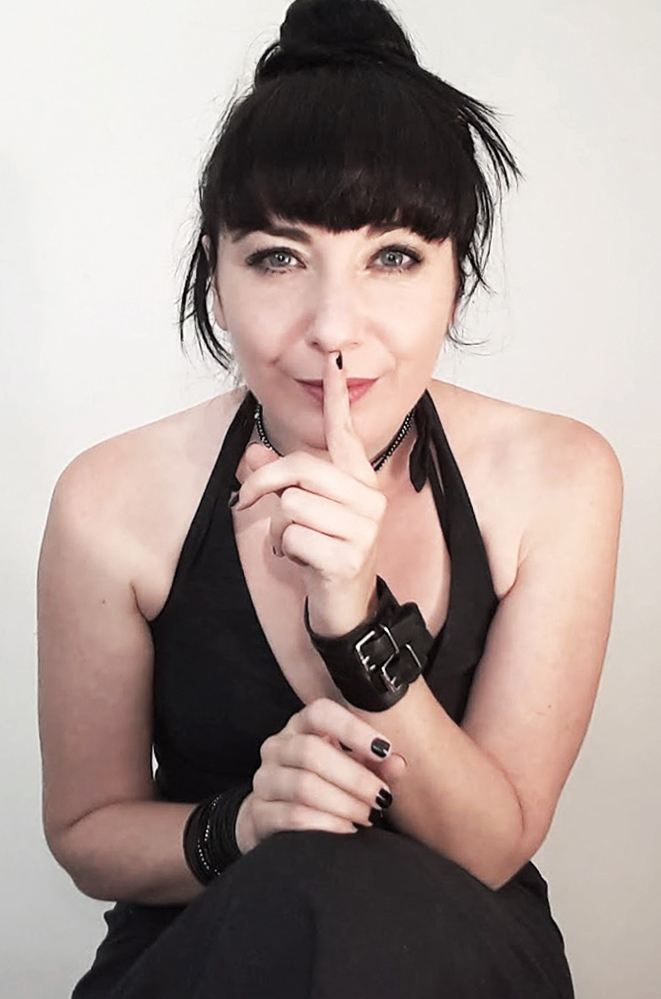 As a child she wasn’t quite sure what she wants to become when she grows up: A painter, an actress, a skydiver, a karate kid…? Until she found a broken guitar with only three strings left on her grandparent’s basement. She ended up being a self-taught musician and a sound designer, and has been working professionally as such for almost two decades now.

She was active as a singer and songwriter for many years, performing live from venues in her small country to the stage of 2010 World Expo in Shanghai. Today she is composing music for theatre plays, films and multimedia projects. Through a collaboration with Slovene national TV, she created soundtracks for numerous TV shows and documentaries, but her biggest love has always been making music and sound for animation film.

In 2005 she graduated as a graphic designer from the Academy of Fine Arts and Design in Ljubljana. Her background in visual arts has always stimulated her sensitivities in a synesthetic way and still characterizes her musical approach to cinematic material. Most of her creative passion goes into finding the narrative and expressive symbiosis of audio and visual medium.